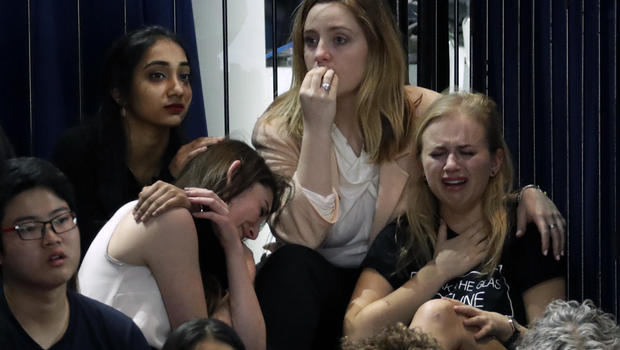 To say that this election has been strange and entertaining would be an understatement. Besides being one of the most, if not ever, unique elections we’ve ever seen in our lifetime, it has definitely been one characterized by many firsts. The twists and turns have only contributed to the raw emotion felt by many on by both sides and the election results last week were the catalyst for the expression of those deeply held personal beliefs. I think of the reactions we see. On the “losing” side there is a feeling of anger, sadness, fear and despair while on the “winning” side there is glee, gloating, hope that all is better, and a “get over it mentality”. Whatever side you identify, it’s easy to become swept up in these feelings.

I think of previous elections in which I’ve voted where I’ve felt both sides of this emotional roller coaster. I’ve been on winning sides before where my initial response has been one of gloating. I’ve been on losing sides where I’ve looked at others as being arrogant or hoping they would fail so I could say “I told you so”. Regardless of the results, the biggest surprise for me in every election has always been my own heart and the deeper issues that I didn’t know were there. In Matthew 7, Jesus talks about judging others. Jesus doesn’t tell us not to judge. He tells us to judge rightly. He tells us not to judge others when we haven’t looked at ourselves. When we haven’t seen the bigger sin in our own lives. It’s one of the reasons why I love the gospel so much. It’s the heart examination and transplant that I need. My biggest problem, regardless of the outcome, has been my ability to judge the other side without looking at myself first. It’s judging that blocks compassion for others and leads me to feeling better about being right than incarnating with others. You see “losing” makes me see others as wrong and puts too much trust in a President. Even “winning” makes me see others as wrong and puts too much trust in a President. In both cases my heart is the one that’s wrong. In both cases my eyes are off of Him. In both cases I need to put my trust in the One who is truly qualified to lead. One who allows me to see others not through a judgmental eye but to see others as ones made in His image. Ones whom although their life experiences cause them to see the world differently from me, still have the same basic desires for life as I. As those who have been clothed in His righteousness, we are to not only reflect Him in victory but also in defeat. We need to trust in Him that He is doing His will regardless of the outcome. That's the true hope and change that only comes from Christ.

I realize now that the problem is not the other side. The problem is in me. This election not only revealed my own heart issues but it revealed deeper heart issues for our world. It always does. Let these post-election feelings be an opportunity for you to have a heart examination and to see the gospel of Jesus Christ as the heart transplant that we all need.

Thank you for sharing Keith.
Reading this blog has also showed me how I may be judging others at times as well, but I have to look at myself first. I am no better then anyone else. We all sin and fall short, and I am asking for forgiveness everyday.
I was reminded to continue to show love genuinely regardless of others ethnicity, race and background. I was also reminded me to stay humble , be respectful regardless of opinions even with people christian or political views.
We know God hold the future and I am good with that regardless of who is president. Only God knows the heart of men. God can use and change anyone for His glory.
We as christian are to have the same attitude of Christ and this is what I am striving to be (Philippians 2:3-5).
Win or lose as long as we have King Jesus and we continue to set our minds on things above and not things that on earth (Colossians 3:2), He will help us through it all happy or sad. Also we are to let our speech always be gracious seasoned with salt so that we may know how to answer each other (Colossians 4:5).

Kindly keep me in prayer as I continue to ask God guidance for me to walk with wisdom and to make the best use of my time in representing Him.

Recapturing the Wonder of the First Christmas!

Freedom in the Cross

"IN THE BEGINNING" SUMMER SERMON SERIES

"The Comfort of Disobedience"

"Seeing Jesus in the Psalms"